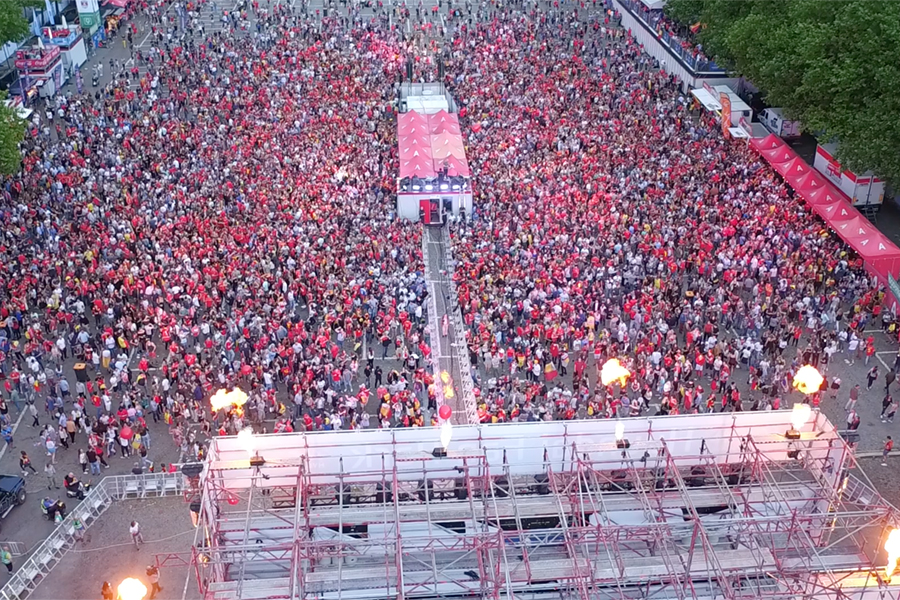 The Hyundai Fan Village is a large-scale event on one of Belgium’s biggest squares, where thousands of  supporters came to cheer the national soccer team at EURO 2016 in France (& the Fifa World Cup 2014 in Brasil).

All matches were aired on a huge LED screen. Famous Belgian DJ’s rocked the crowd and spectacular fireworks and special effects by 7theaven provided a genuine festival atmosphere.